Something you should know about me is that I've been suffering from allergies for years. I'm one of those people who always has kleenex and who frequently sneezes. Some days are worse than others, and the whole thing was considerably worse when I lived in Los Angeles; Los Angeles is in a valley and very polluted, so it's kind of like being in a gas chamber full of fake people.

I had my allergies tested by an allergist once - it's a big painless and yet disturbingly unattractive test where they put all these different possible allergens on your back, write corresponding numbers next to them in purple ink, then wait for welts to appear. My back looked like a Sudoku puzzle with welts forming with the numbers that corresponded to cats and molds. As I was living in a damp studio apartment with 5 cats at the time, the doctor suggested that I move to a different apartment and get rid of the cats. Get rid of the cats? You don't just go around getting rid of cats! Cats are family members! And besides, why should they pay for what was clearly my shortcoming? As I explained to the doctor, I was the one with the problem, so I was the one who needed to work on the problem. And so for about 6 months, I had to go to his office and have injections once a week. It helped until I lost my health insurance and then, mysteriously, it stopped helping. (!!!)

But then I took matters into my own hands. I became convinced that it was all mind over matter and that I could cure myself if I just decided not to have the allergies anymore. Also, I heard a theory that if you get a kitten, you'll get used to what you're allergic to as the kitten grows up, and you'll be cured. So the next time I heard of a kitten who needed to be rescued, that's what I did. I cured my cat allergy by getting more cats. A little hair of the dog, if you will.

So anyway, the upshot was that I effectively cured myself of my cat allergy, much to the relief of what was now a small legion of cats and myself. But I still had the mold thing. It would act up like clockwork the day after a heavy rain, or at the homes of the sorts of people who wear black and always have their curtains drawn. And then I heard about The Neti Pot.

The Neti Pot is a little ceramic pot with a spout that looks suspiciously like one of those creamers on the tables in cheap coffee shops. It's an anceint Ayurvedic cleansing system. The name comes from the Sanskrit term, Jala Neti, which I'm assuming means "nose bucket" or something similar. What you're supposed to do with the neti pot is fill it with warm salt water, then pour it into one of your nostrils and it all runs up into your sinuses and then comes out your other nostril. My mother had sent me a neti pot along with a kilo of sea salt (because she thought I wouldn't be able to get sea salt in Belgium). Upon receiving the package, I promptly tucked it all away in a cupboard, dismissing it all as being just a little too Birkenstock for me. But as my mold allergies started getting unbearable, I thought I'd give it a try. So I poured some warm water in, poured some sea salt in, stuck the spout in my nose and went to it.

Now here's a very important tip: If you use a neti pot, make sure to mix the salt with the water until it dissolves. I learned this the hard way. I didn't think about the fact that there was this big clump of salt at the bottom of my neti pot. So effectively what I did was to pour warm water up my nose, followed by pure salt sludge. Three tablespoons of salt right up my sinuses.

Oh my God. Did it hurt? Um.....yeah. Kind of like what I would expect it to feel like if a bee had flown up my nose with some of his friends and started having a stinging contest. Holy shit. Why don't they write the thing about making sure the salt dissolves on the side of the neti pot? And who am I supposed to sue? A bunch of anceint Ayurvedic guys?

Look - I don't want to knock Ayurvedic stuff. I'm a big fan of it as a matter of fact - I just happen to have a problem with this one particular thing. And yes, while I'll admit that it wasn't painful once I'd mixed the salt water, I still found myself rather unwillig to be faced with the prospect of having to pour water up my nose every day for the rest of my life.

So I tried something else. And if you're an allergy sufferer and you happen to be reading this then listen up (or rather carry on reading), because what I'm about to say will change your life:

I gave up cheese. 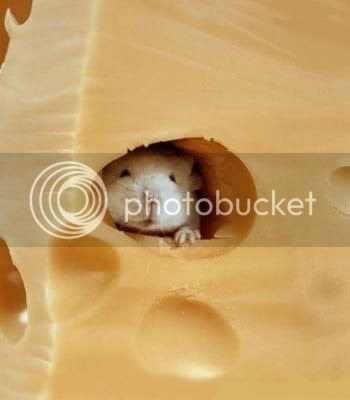 I had been addicted to cheese all my life, and now I haven't had it for a month and MY ALLERGIES ARE GONE. I actually caught myself breathing clearly from my nose for the first time a few weeks ago and it was such a revealation.