Something Horrible in the Air 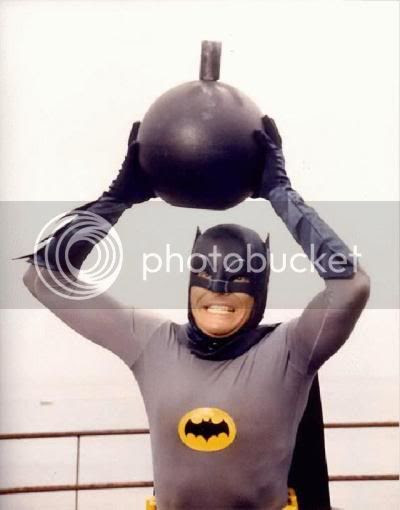 Let me start off by saying that I am not the sort of comic who does fart jokes. In fact I would go so far as to say that I am offended and almost violently opposed to the forays into scatology and snickering locker room humor that sometimes pass for comedy. The odd spattering of poo, that's fine once in a great while as a sort of accent. But you will never find me on stage reciting a set list that revolves exclusively around things that take place in the vicinity of one's pants. Having said all that I must now discuss an event that involved a fart. Please consider what follows my lone odd spattering of poo. 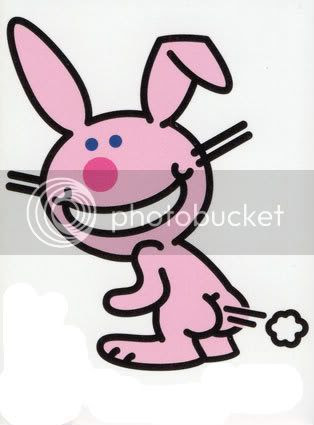 So the other night after my show I was standing around talking with a Dutchman, two Belgians and another American. I make mention of their nationalities as their different cultural reactions to the situation are what I am taking note of here. So as I say, we were all talking when suddenly we were engulfed in a fart so foul as to defy description. Now here's where the varying cultural reactions came in to play. The Dutchman and the two Belgians didn't react at all. Myself and the other American however had an immediate observable physical reaction. I stated the obvious, "I think someone just farted.......It wasn't me! (it wasn't)", then the other American who is, I think, arguably much more American than me and certainly of the more outgoing variety, quickly feigned an excuse and left. I thought, dammit, why didn't I think of that? But at that point if I had suddenly up and left as well it would have turned the whole thing into a Much Bigger Incident than it had to be.

So what happened next is interesting. I verbally reconfirmed that yes, someone certainly had farted to which the Belgians sort of looked down at their hands and the Dutchman - who I psychically knew was the one who had done the fart - CHANGED THE SUBJECT and acted as if nothing had happened. I ask you: Could there be a more obvious admission of guilt? I mean if it had been me, (and again I assure you that it wasn't), I think I would have at least had the wherewithal at that point to act as if I was offended by it like everyone else in an attempt to deflect ownership. But actually I'll go further to say that if it had been me (and again, it wasn't), I would have had the forethought to physically remove myself from the group before the thing had detonated so to speak. I mean what sort of person thinks they're going to get away with something like that?

Clearly this is one area in bad need of some sort of cross cultural etiquette. We should all Know What To Do in these situations; what our roles are. Most importantly I think it should be the duty of the perpetrator to either remove themselves (as I've said) or failing that to shout a warning so that innocent bystanders can run for cover.
.
.
.
.
.
Posted by Jovanka at Wednesday, July 28, 2010 2 comments:

Inside the Mind of a Neurotic Performer 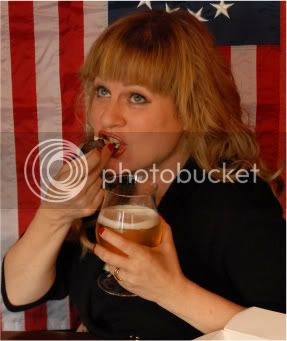 So I debuted my new one woman show this past weekend. I would tell you how many years it's taken me to get my shit together to finally write this, my second O.W.S., but then you would surely shift all the numbers around and figure out that I am older than the trees and the very archetype of laziness. I much prefer for everyone reading my blog to imagine me about 22 and a plush comedy prodigy. It is so much more attractive to think of comedy as having been magically bestowed on me rather than to face the grotty reality of years and years of scribbled rantings on bar napkins, drunken brawls and dysfunctional relationships with road comics while I crawled night after night to the clubs to try out my fledgling little jokes on spiteful crowds before going home to pass out in a pool of my own tears.

So here's something that I've rediscovered about myself: Sometimes I just don't hear the laughter. Take last night for instance. I came off stage thinking that I had done so badly that I would be pelted with stones and chased through the streets by angry villagers, only to be confronted with audience members coming up and telling me they thought I was funny. So strong was my psychotic self loathing though that I had to actively suppress the urge to scream, "WHAT THE HELL DO YOU KNOW ABOUT IT?!!" at them before morphing into Charles Bukowski and drinking myself into the fetal position. But I did suppress it. Now here's the thing: there are two different extremes of comedy psychosis out there. There are those who, like me, sometimes don't hear the laughter; and then there are those who don't hear the silence. Of the two extremes, mine is definitely the more productive one, because at least when one doesn't hear the laughter one makes an effort to improve ones' act if for no other reason than to stop the voices. Those who don't hear the silence however have a completely opposite and one might even argue better experience. Because to them everything they do is genius. Rather than coming off stage in a cloud of doubt, they basque in the glow of an enthusiastic laugh track that only they can hear. I have known a few such comics. One in particular has done the same act for over 20 years, never had a genuine laugh and never seen a reason to write anything new. But this guy is not only happy, he is also touchingly proud of his work. If a team of psychiatrists were to evaluate the two of us, he would be awarded gold stars in every category. They would "ooh" and "aaah" over his supreme contentedness and his sense of self-actualization. Me they might have committed for further study so Freudian students could stare at me over their clipboards and say things like, "Did you really have all your work removed from YouTube because you thought you were too fat?"......Because honestly I'm willing to bet that can't-hear-the-silence guy never wakes up in the middle of the night hyperventilating because of how he messed up the delivery of his cat joke. And he is a happier man for it.
.
.
.
.
.
Posted by Jovanka at Monday, July 26, 2010 4 comments:

Nothing Larger Than Your Elbow 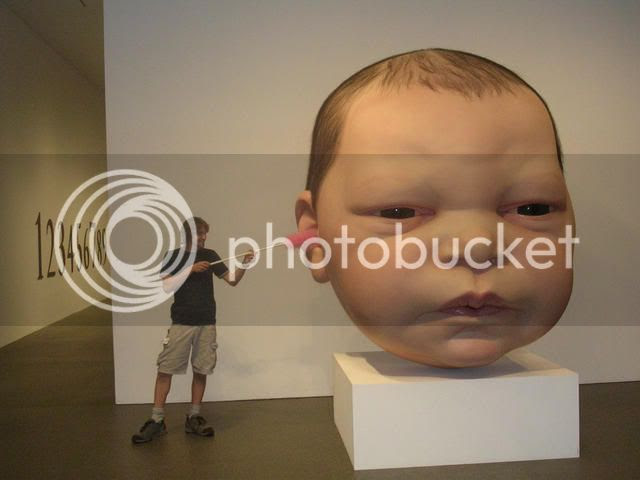 I am writing this blog entry with my head tilted sideways. Why? Because I have an ear infection. And how did you get your ear infection, you might ask? Was it from something exotic like swimming in a polluted sea? Something modern like listening to music with those annoying little "ear bud" thingies? Was it from radiation absorbtion whilst talking too much on your mobile phone? No, no and no. It was from my habit, nay, my pseudo-sexual obsession with cleaning my ears with those cotton swab ear stick thingies.

Yes, I've heard the warnings like everyone else has against inserting foreign objects into your ear canal. But why was it I was never warned against the domestic ones? Like Q-tips (a.k.a. "Oorstokjes" in Dutch)? These things are an evil temptation and a LIE. They are marketed as ear cleaners and yet always with the caveat that you shouldn't stick them in your ear canal. Well WHERE ELSE AM I SUPPOSED TO STICK THEM? Did you honestly expect me to just gently dab at the outside of my ear with them? Well I'd hardly need a STICK for that, would I? These things have given me numerous ear infections. And yes, I've heard all the folksy things about not sticking anything in your ear larger than your elbow (which is impossible, by the way. Yes I've tried), but once you've actually gone in there with a cotton covered stick you'll always go back for more because it's fabulous! You don't know how much you want to scratch that place until you do and then you can't get enough! And the thing is it's all the better if you give yourself a slight infection - just enough for a little itch - because the satisfaction of scratching it is unbelievable. So yes. I was playing with fire. I was walking that fine line. Frankly the danger was part of the appeal.

After Mr. Jovanka had witnessed my second self-inflicted ear infection, he took to actually hiding the Q-tips from me. This only prompted me to go out and and acquire my own stash and keep them where he wouldn't know about them and find times to sneak away and use them unseen because I am that much of an addict, yes an addict people. But where is my 12 Step Group? What would anyone even call us?

So anyway here I am, ordered to rest, administer ear drops and not poke at myself. And you have NO IDEA how much I want to right now.