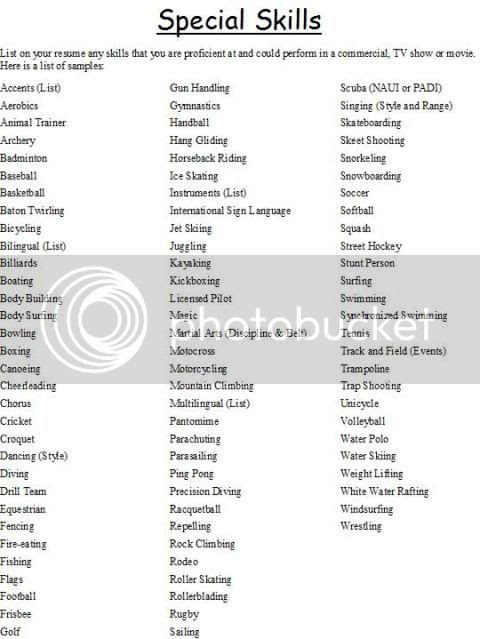 I worked briefly in a television and film casting office back in the day and I would have to look at thousands and thousands of actors' photo & resumes. Invariably at the bottom of the resume was a section called, Special Skills where they would list extra talents that they had. It would say anything from accents they could do (which they never actually could) to the fact that they could roller skate to even the fact that they could drive. This was because legions of acting teachers would tell them to write everything there because you never know what the casting people are looking for. I mean who knows? They might be totally unimpressed with your audition or what plays you've been in or what you look like but hey, you just might nail that job because you had the foresight to mention that you can operate a toaster. Include that in your 'Special Skills'! 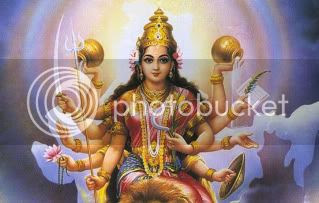 I've long since stopped using any form of a resume because, A) I'm a comic and I don't have to, and B) I'm too lazy; but if I am ever prevailed upon to put one together again I would like it to be all Special Skills. You can come watch me in a comedy club then I'll hand you this list and that had better be enough for you:

*Is well liked by cats
*Can do Russian accent when speaking Dutch
*Is not afraid to pick up chickens
*Can type lots of words per minute as long as I'm allowed to look at the keyboard
*Can crochet anything as long as it's basically square in shape
*Can drive a car, but won't.
*Has double jointed elbows
*Can do a near perfect London accent but only when very, very drunk
*Has an extraordinarily good sense of smell
*Can burp on command
*Can make vegan Bailey's Irish Cream
*Can usually guess what sign people are
*Extremely gifted at folding laundry (but needs help with big sheets)
*Good at photography as long as people/cats hold still
*Can walk in high heels, but only about a minute at a time
*Can pee while walking (field tested!)
*Can tell if places are haunted, even just from a photo
*Can laugh uncontrollably during awkward silences at family gatherings
*Is so good at cards that other people hate her for it
*Can sneeze on command
*Can dance, but not in front of people
*Is good at deflecting blame
*Can eat hotter peppers than anyone
*Can ride a bike, but not in traffic
*Can walk so fast that it annoys people
*Can walk so slowly that it annoys people
*Very good at drawing cats
*Can operate can opener - but not those weird German ones
*Good at making rice
*Can do some yoga poses
*Can waste entire day on Facebook
.
.
.
.
.
Posted by Jovanka at Tuesday, December 07, 2010 No comments: