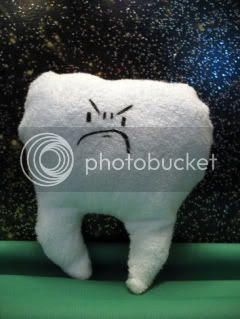 I hate to go on and on about my physical ailments like an annoying old woman, but, well, depending on your perspective I am an annoying old woman. And I've got a valid complaint. I have now been sitting with this abscessed tooth for a month. A month, people! First they gave me antibiotics and then they keep looking at it and poking it and giving me more antibiotics and now I've got an appointment for the beginning of May when they will apparently saw my head in half to see if they can figure out what is going on. Meanwhile I'm feeling all run down and I have to chew everything slowly and I am turning grumpiness into an art form. I feel like slapping everyone. Including you, whoever you are.

The pain isn't very intense but it is disorienting. I can't think properly and certain things will set me off in a rage. I have no tolerance for people speaking Dutch to me for instance. Kind of a problem since I live in Belgium. I have caught myself morphing into the quintessential Nightmare American insisting that everyone speak english because they know how to and I don't feel like playing along with their little Dutch Charade. The other day a telemarketer called and I quickly bowed out of the onslaught of Dutch, "No, really I just can't do this right now. This is too annoying. Sorry. Bye." Not my fault. I blame the tooth.

So anyway, I might be a little short on witty blog entries until a few weeks from now when they hopefully just yank out all of my teeth because frankly at this point I'm sick of all the little fuckers. 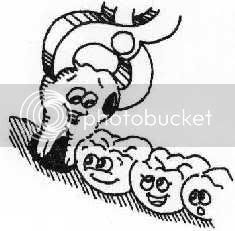 The one saving grace? I have lost my appetite. HUZZAH! It's absolutely fabulous and quite possibly worth all the pain and suffering and misanthropy. By the time they heal me I will be thin!! I might have absolutely no friends left, but who needs friends when you're gorgeous??
.
.
.
.
.
Posted by Jovanka at Thursday, April 16, 2009 3 comments:

My Personal Set of Racial Stereotypes

Everyone has racial and/or cultural stereotypes. I don’t care who you are or how PC you are, you’ve got them as well. That isn’t to say, of course, that these stereotypes have to be negative or that we should judge people by them or be mean to anyone. I’m all for everyone being nice. I’m just saying that we all have them and should be as upfront as possible about them. So I am now attempting to purge myself of some of my preconceptions by confessing them here.

The following are some of my personal racial and cultural stereotypes:
.
.
.

ALL IRISH WOMEN ARE CLINICALLY INSANE.
I have not known that many Irish women. But the ones I have known over the years have thrown toasters at me (the girlfriend of a room mate of mine years ago); Stalked me and made threatening phone calls (one that I knew when I worked at a pub in London), and gone into an alcoholic rage and thrown me out in the middle of the night when I was a houseguest (the wife of an old family friend when I was staying with them in London last year). In the latter incident, I had offended that particular Irish Woman by saying I didn’t think her house was haunted. (true). How was I to know that was her particular Achilles heel? Would it have been better if I had said her house was haunted? Apparently that was the one thing I could have said that pushed her over the edge (after 4 vodkas and 3 glasses of wine).

I don’t know what it is innately about me that pisses Irish Women off, but I’ve accepted that there’s something that does. Something about me sparks the crazy and I’ve finally wizened up and decided to stay well away. Hey – Don’t get me wrong - Ireland is a beautiful country with rolling hills of green and all that fabulous Guinness and I’m a huge Oscar Wilde fan. Just don’t let any of those crazy Irish chicks near me.
.
.
. 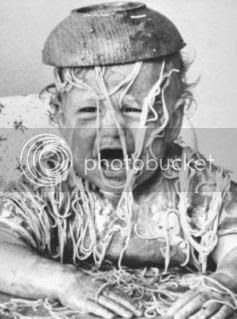 ALL ITALIAN WOMEN ARE “ENDEARINGLY” VIOLENT

Now this one I have true license to comment on as I come from Italian ancestry on my mother’s side. In fact that is where I happened to do my field research for this particular presupposition. One of my earliest memories of my great grandmother, Nona Ferrero, was of her pretending to be asleep until everyone else had left he room then removing her false teeth and pretending to attack me with them all the while cackling and saying weird things in Italian under her breath; My grandmother (Nona’s daughter) once got angry because her daughters were fighting in the kitchen so she threw a butcher’s knife at them which landed between them imbedding itself 2 inches into the countertop (and was repeated as a “funny” family story thereafter); and my own mother once tried to stab me with a ski pole when I was 9 and had fallen on a ski slope and couldn’t get up. Ah, fegiddabaddit.

Thankfully that particular strain has become diluted enough in me that the worst I do is throw the occasional plastic cup across the room when Wim has forgotten to record Rock of Love.
.
.
.

ALL HAWAIIAN PEOPLE ARE UNNATURALLY OBSESSED WITH HAWAII.

I have never been to Hawaii, nor do I particularly want to go. Don’t get me wrong – it looks breathtakingly gorgeous and all that, but being the pale type who likes to sit in smoky cafés saying disparaging things about Capitalism, Hawaii isn’t really my cup of tea. All that sunshine, all those half-naked people dancing about in grass skirts and assaulting you at the airport with a volley of “Aloha”s? Yeeeeuuuch. But if you ever meet anyone from Hawaii they will talk about Hawaii as if it is a place where you have to look down to see heaven. And another thing about Hawaiian people: You’ll know they’re from Hawaii within 30 seconds of meeting them. If they aren’t wearing a flower behind their ear (which is rare) or doing that weird “hang 10” hand gesture thingy, they’re slipping the fact that they come from Hawaii unabashedly into the conversation. Asking them what time it is and that will be enough of a segue into their favorite topic. “It’s 5:30 here.......That means it’s 8:30 in the morning in Hah WAH Ee”......That’s yet the other thing: They can’t just say “Hawaii” like a normal person – they have to say it like they’re fluent on Samoan or something. The actual Samoans I let off the hook for this. But when I hear blue eyed blonds saying, ”Hah WAH Ee” I’m tempted to dump a bowl of poi over their heads.
.
.
. 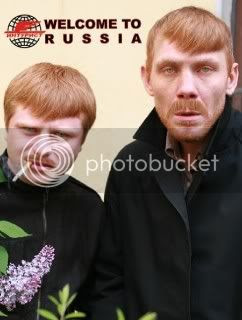 ALL RUSSIAN PEOPLE ARE GRUMPY
So true. And it seems even more extreme to me having been raised, as I was, in a culture where if you’re not perpetually grinning ear to ear you will be stopped in the street by people with big teeth saying, “It can’t be all that bad, can it?” or “A smile is just a frown turned upside down!” 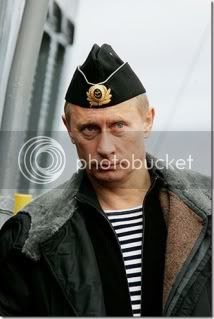 Russians just don’t smile unless they absolutely must. I have only seen my Grumpy Russian Friend Anya smile once, and that was when she won at cards. 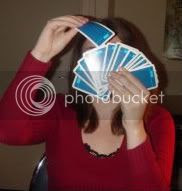 She has not smiled since. 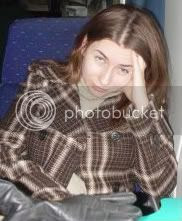 You just have to know how to interpret the Russian Mood. You can tell she is happy when she stares at you coldly and asks if you want another drink. When she’s just feeling so-so she stares angrily into the distance and says, “I’m tired”.

We must look very odd when we’re anywhere together. Her with the built in Russian Grump and me with my painted on American cheer. 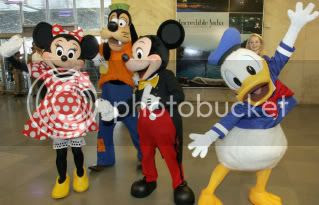