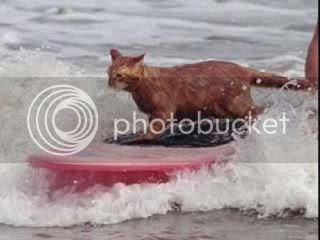 Cats have a natural aptitude for surfing. I know this through personal experience of having been a surfboard for several of them the past few nights.

Just as I'm trying to get to sleep, one cat will stand on my butt, one on my legs, maybe another one on my upper back. And yes, I said, "stand" mind you. Because what they're doing is waiting for me to move so they can start surfing me.

Perhaps the word "logrolling" would be a more apt description. 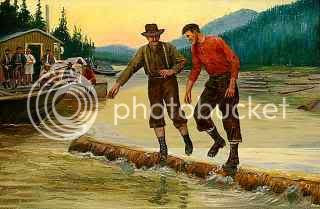 The rule of the game, as far as I can tell, is to remain in the same place on top of me as I attempt to roll over. It doesn't matter how much I move, it only seems to make them more determined to stay on. If I attempt to kick them off, they only relish in it.

And the Hawaiian shirts only add insult to injury.

Being socially inept is not for the faint of heart. 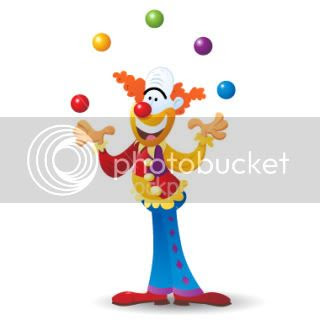 I hardly ever know how to act ever in any situation. I just don't have all the normal boundaries that other people take for granted that tell them when they should smile, when they shouldn't smile, when it's appropriate to climb a tree, and other such things. I know this is not my fault - it's because I was raised by crazy people - but still it's hard to deal with when someone points out that you've just been doing something that everyone else thinks is weird. Like putting as much popcorn as you can possibly fit in your mouth rather than eating one piece at a time, or picking up pigeons who look depressed, or asking strangers if they have gum. But the worst imposed-on-me-by-the-crazy-parents habit I have is this thing where I feel I must do my best not appear sick when I go to the doctor.

It's a weird, weird trait and there are probably all sorts of psychological reasons for it which I won't bore you with, but the upshot is that the more sick I'm feeling, the more fabulous and entertaining I look and act. Mr. Jovanka is the first one who pointed this out to me years ago, and now whenever I go to the doctor he gives me a mini-pep talk beforehand where he looks at me and says, "Don't act like a monkey".

So today I was sick. Really sick. I've had this whole ongoing inner ear thing going on. I've actually been in bed for a few days feeling horrible. So I went to the doctor. Mr. Jovanka reminded me repeatedly on the drive there not to act like a monkey. I had a whole mantra in my head saying, "you're sick, act sick", and still what did I do? I acted like I was at a cocktail party. I didn't realize it at the time of course, but afterward Mr. Jovanka gave me a review and pointed out how nicely I'd been smiling and all the various jokes I'd cracked (some of which were quite good actually, but surely that isn't the point?).

Luckily the doctor looked in my ear and apparently the symptoms spoke for themselves and he was able to overlook the fact that I was acting like Liza Minnelli. Once years ago in Los Angeles, I got hit by a car as I was walking across the street. I was thrown in the air and smashed the windscreen of the car and ended up laying on the sidewalk surrounded by people as we all waited for the ambulance to arrive. I had a concussion and a fractured leg and tailbone and I have never been funnier. You should have seen how I was working that crowd. I absolutely killed.
.
.
.
.
.
Posted by Jovanka at Wednesday, September 08, 2010 No comments: