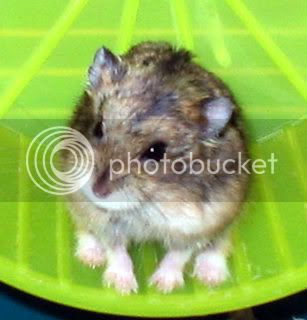 So every now and then when we go to the critter supply shop for kitty litter or hay or various other things, we ask if they have any wounded critters in the back. Because here's something you should know about pet shops: when critters are wounded they send them back to the breeders as "damaged goods" and more often then not the critters are killed. And usually this is for nothing more than a cosmetic shortcoming.

So a few nights ago we got one such critter - a dwarf hamster called Ernesto. He had gone home with a family but when he developed a strange growth on his face they brought him back. The photo above is not of the actual Ernesto because we don't currently have a working camera - this is just what Ernesto would look like without something that looks like a piece of bubblegum on his face. But here's the thing: Ernesto is perfectly healthy in every other way! So he's not going to make the cover of GQ Magazine? What the hell? I hear they don't use many dwarf hamsters on their covers anyway.

Ernesto has only been with us a few days but already he's settling in and having a great time climbing around in his cage and the growth on his face actually seems to be reducing. It's amazing what a little love can do.
.
.
.
.
.
Posted by Jovanka at Tuesday, November 25, 2008 1 comment:

Here's What I Did on Election Night 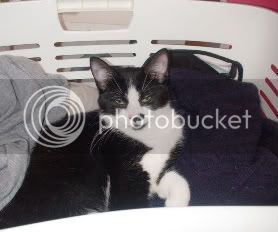 1. At 6:30 PM, I went to my Belgian Orientation class which is a pain in my backside, but it's required by law.

2. During class I noticed that there was a huge cluster of cat boogers on the sleeve of my black coat. Yes I said "cat boogers". My cat Peanut has a cold and we find that the cats like to sneeze on things we own to sort of "share" it with us. And apparently she had had a big sneezing session on my coat without my knowledge and I'd been walking around with it. So anyhoo, I had to find a way to conceal it until the break.

3. I spent the duration of the break in the W.C. scrubbing an alarmingly large cluster of dried-on cat boogers off the sleeve of my coat. I ended up having to soak most of the sleeve in the sink and work everything out with bits of paper towel and soap. When people came in I pretended like it was all perfectly normal and I avoided eye contact.

4. Wim picked me up from the class and we drove straight for my gig in Antwerp. The sleeve of my coat was still wet, but at least it wasn't covered with cat boogers.

5. Arrived at the gig were they were having a whole event dedicated to the American election. There were screens up everywhere with CNN coverage and red, white, and blue balloons (which could easily have been leftover from events celebrating France, Holland or Britain, but one never knows). There was even an "American Hot Dog Stand" where I ordered a vegan hot dog (which was, as it happened, a hot dog bun with sauerkraut but no meat).

6. I watched the show (such as it was) where they clearly hadn't decided wether to talk or show videos or watch TV or all of the above all at once. I had another sauerkraut "dog" which was rather fabulous, I must say.

7. Just when the crowd was at its' loudest and most inattentive, they brought me on stage. I spent the next 20 minutes yelling at the top of my lungs in my Obama '08 T-shirt.

8. My set thankfully over, I gladly accepted a beer from an audience member even though I'm on a diet because I was slightly traumatized (and that was as good an excuse as any).

9. I spent the next hour assuring Obama-supporting Belgians that I was certain he would win. Because I just knew.

10. We drove home listening to lots of election stuff on the radio. Also more than the usual amount of Motown hits.

11. We set up the fold-out couch preparing to stay up until 6:00 AM and see the results. Wim was worried that McCain might win, but I assured him that Obama was going to win. Because, like I said, I just knew. Then we fell asleep.

12. About 6:00-something in the morning, Wim woke me up saying something about Obama winning, but as I think I've pointed out, I knew already. But Wim was awake and saw the actual moment when it happened so he's forever cooler than me now. Either way it was decided (by him) that it was time for me to wake up and we watched lots of stuff about the election he recorded on TV.

13. Having had no sleep, I went for a long walk/run for about an hour and it rained on me and now I've got a cold which I'm certain I caught from Peanut and then was aggravated by the weather.

The American Elections - What Does The World Think?

If The World Could Vote 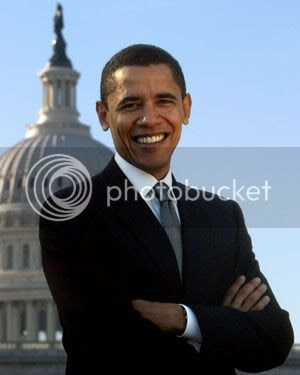